The Cheif of Army Staff ( COAS) Lt Gen Faruk Yahaya NAM, today, 26 July, 2022, performed the formal unveling of Army War College Nigeria (AWCN) Staff Quarters and  commissioning ceremony of Block A of the Soldiers’ Accommodations. In his remarks during the colourful event, which took place at Asokoro,  Abuja, the COAS said unveiling of the staff quarters is important as the area is designed to host the Commandant, Deputy Commandant houses, Directors and Directing Staff Quarters, Regimental Seargent Major (RSM) house and Senior Non – Commission Officers (SNCO) Quarters amongst other structures. He further described the project as a testament of the focused, hardwork and judicious management of resources by the immediate past and current Commandants  of the College. In his words ” while the project is evidently hallmark traits of my vision, firstly, I must commend Maj Gen Solomon Udounwa for conceptualising and resourcing the project from on set. I will also like to appreciate Maj Gen BA Alabi for ensuring that the project did not turn to moribund but completed as witnessed today”.

The COAS equally stated  that he has no doubt that the project will not only improve the welfare of the troops, but will also heighten their faith in the Nigerian Army as a system that has their interest and that of their families at heart.He appreciated President Muhammadu Buhari GCFR whose unflinching and magnanimous support to the NA made such project possible despite the economic challenges being experienced the world over. Lt Gen Faruk Yahaya encouraged other Commanders to take a cue from the remarkable feat by the AWCN and exhort the Commandant not to rest on his oars but keep thinking outside the box to ensure that this great institution does not only lead in theory but also in practice, as remarkably exampilified with this project. 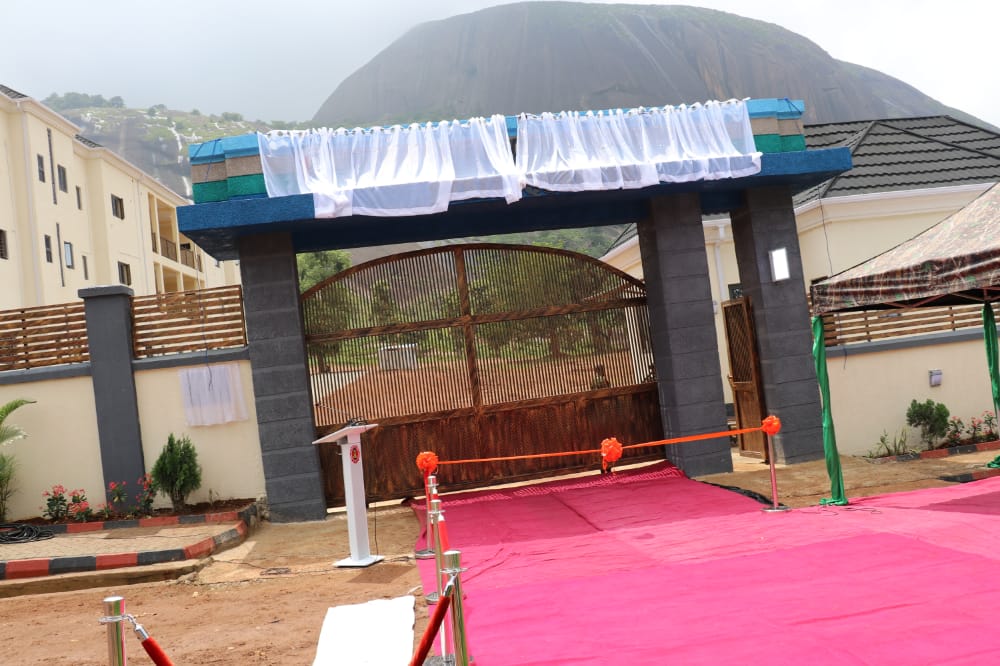 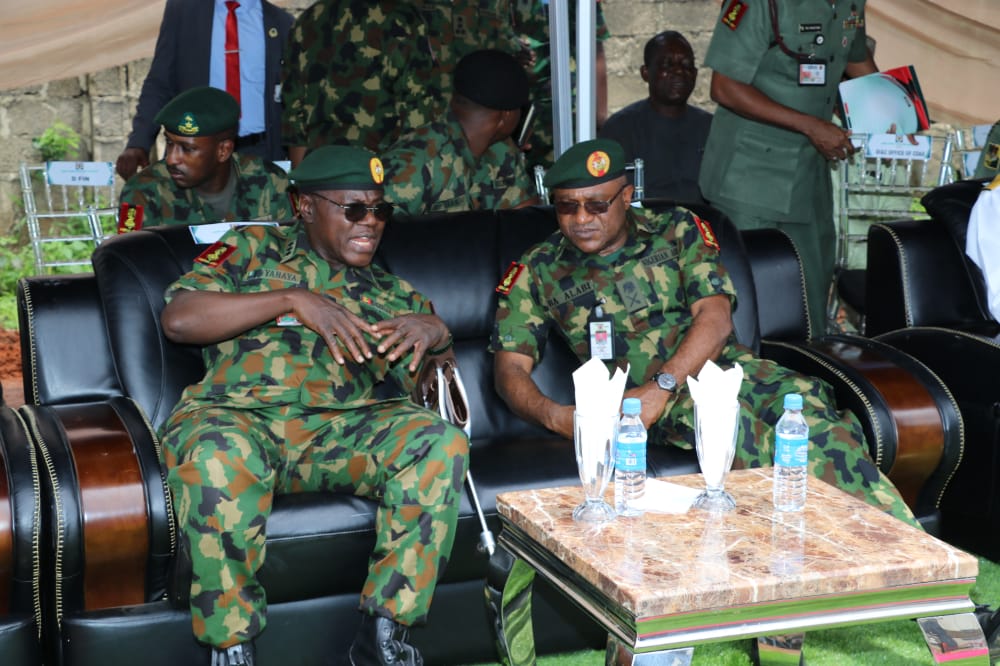 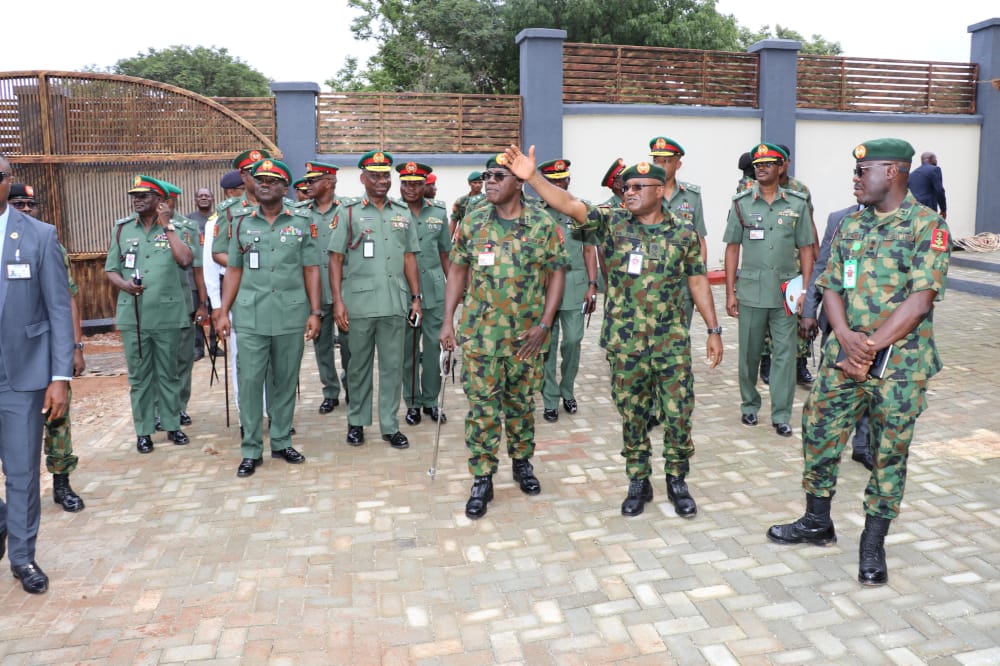 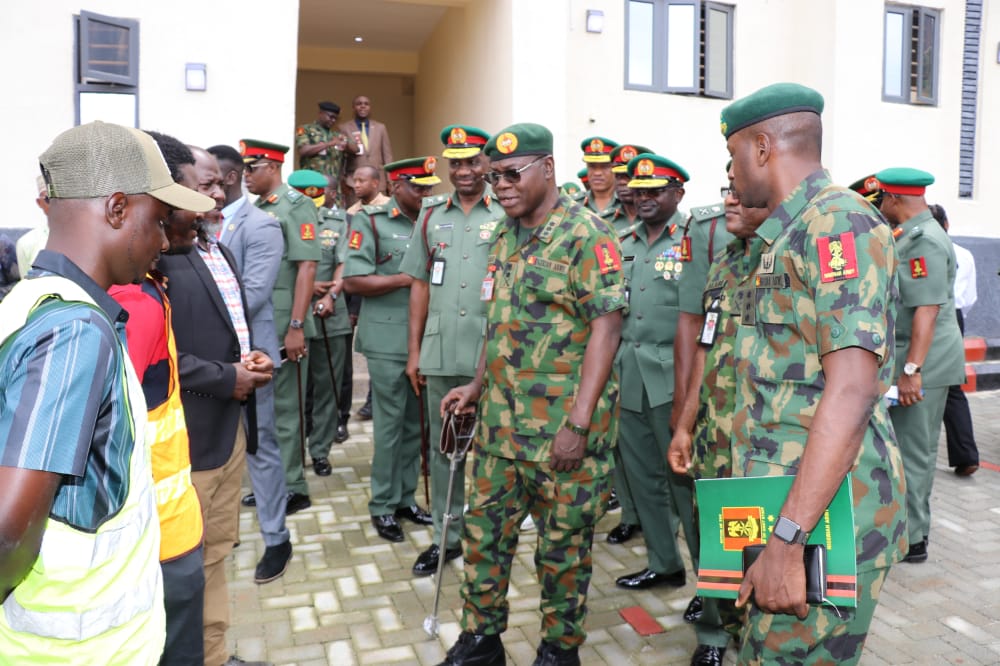 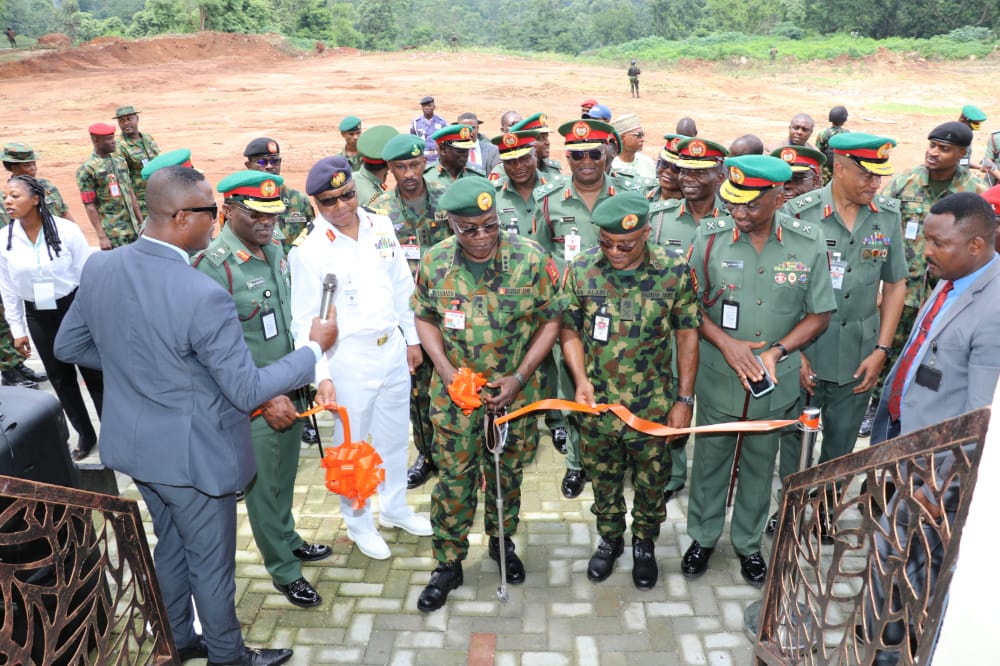 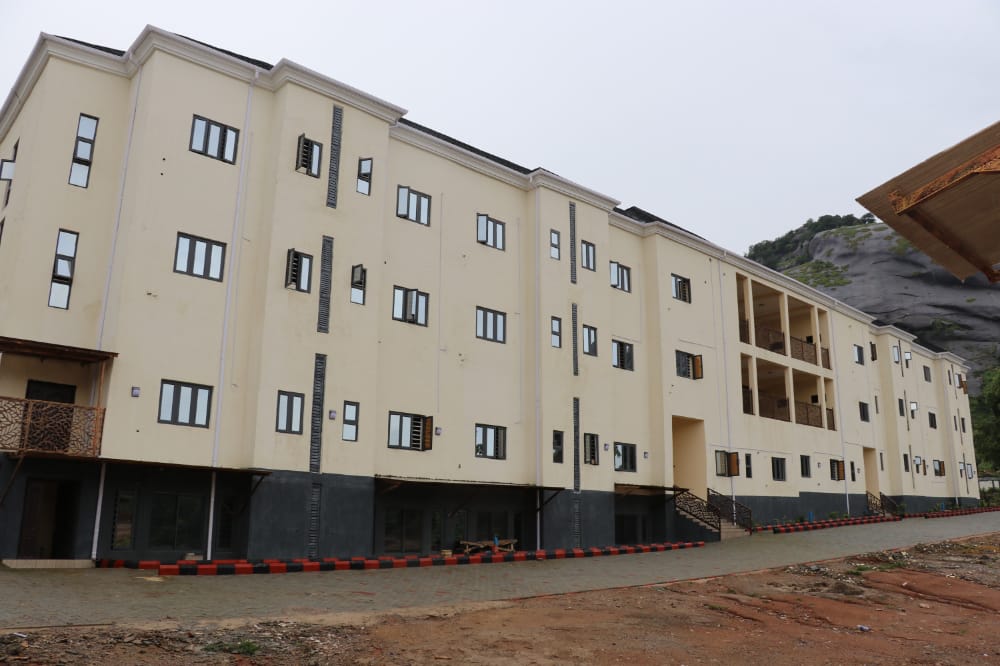 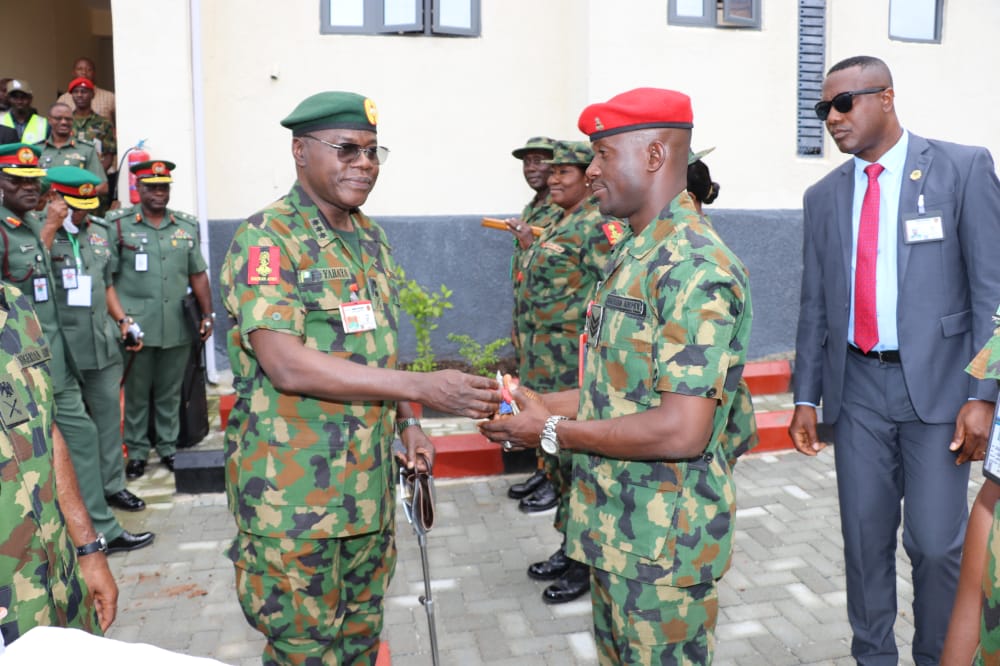 In his welcome address, the Commandant AWCN Maj Gen Bamidele Alabi, thanked the COAS for his support and encouragement in making the occasion possible. He described the project as a testament of the transformational leadership of the COAS and evidence of the magnanimous support of President Muhammadu Buhari.

Maj Gen BA Alabi said  that AWCN has experienced remarkable growth in size, effectiveness and reputation since it inception in 2017. He added that the College has evolved into a globally acclaimed centre of excellence with good ambience and facilities for learning. He appreciated all past Commandants of the College for their continuous support and encouragement to ensure improvements on the solid structure they left behind. The Commandant also appreciated the COAS Lt Gen Faruk Yahaya for the magnificent support for the project and funding to ensure its completion. The Commandant noted that with the unfailing support of the COAS, more structures would be added in the staff quarters in the near future for the benefit of the entire AWCN community.

Highpoints of the event include display of a docu-feature highlighting the project from conception to actualization, cutting of ribbon to unveil the staff quarters, commissioning of the soldiers’ accommodation, presentation of keys to some of the selected occupants, group photograph and presentation of souvenirs. The event was well attended by Principal Staff Officers from Army Headquarters, senior officers and other dignitaries. 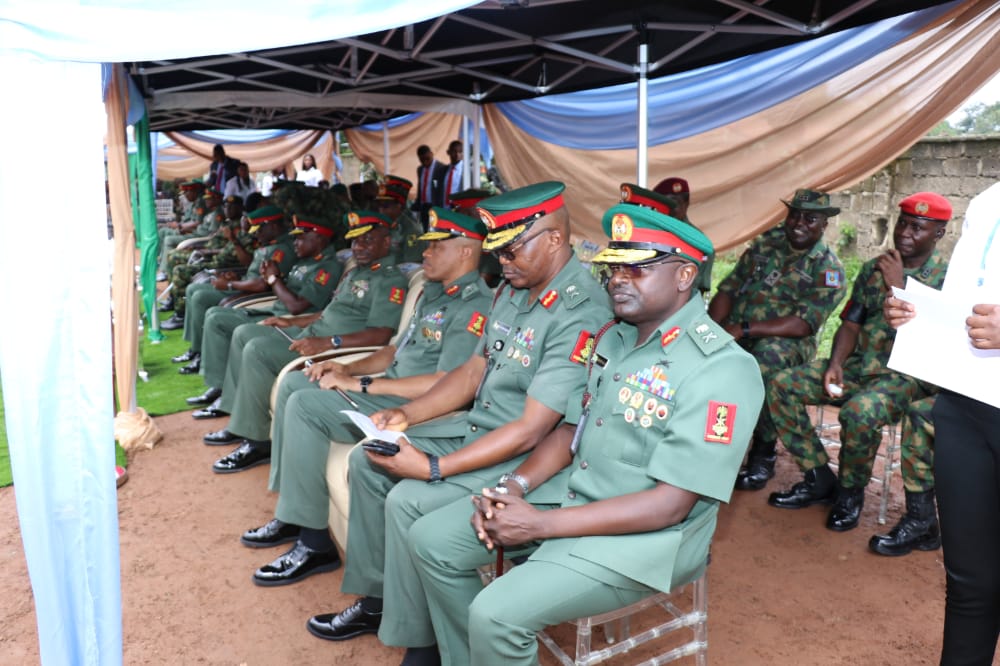 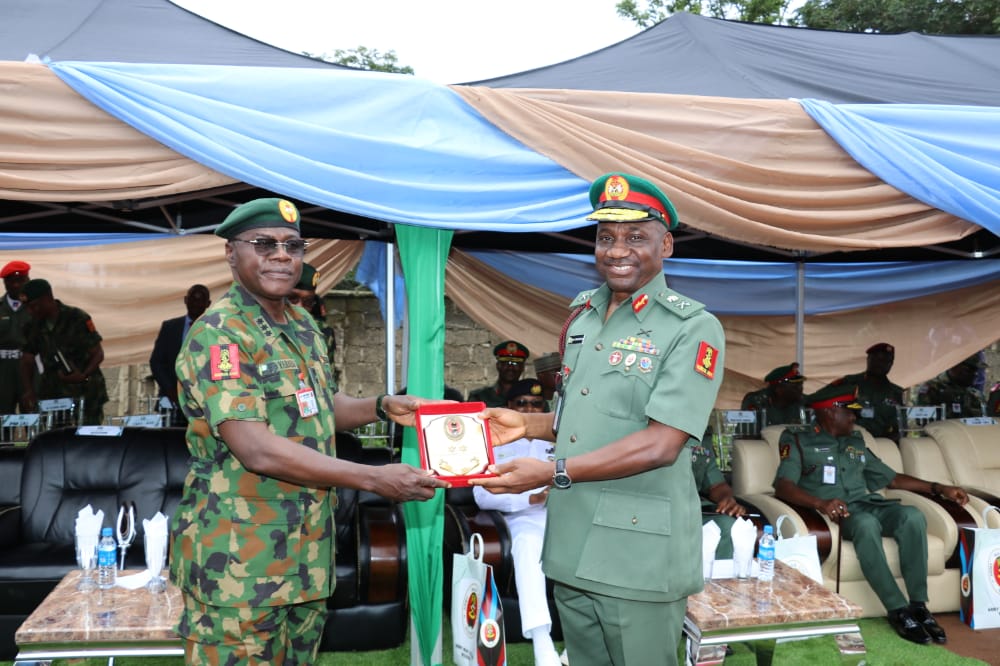 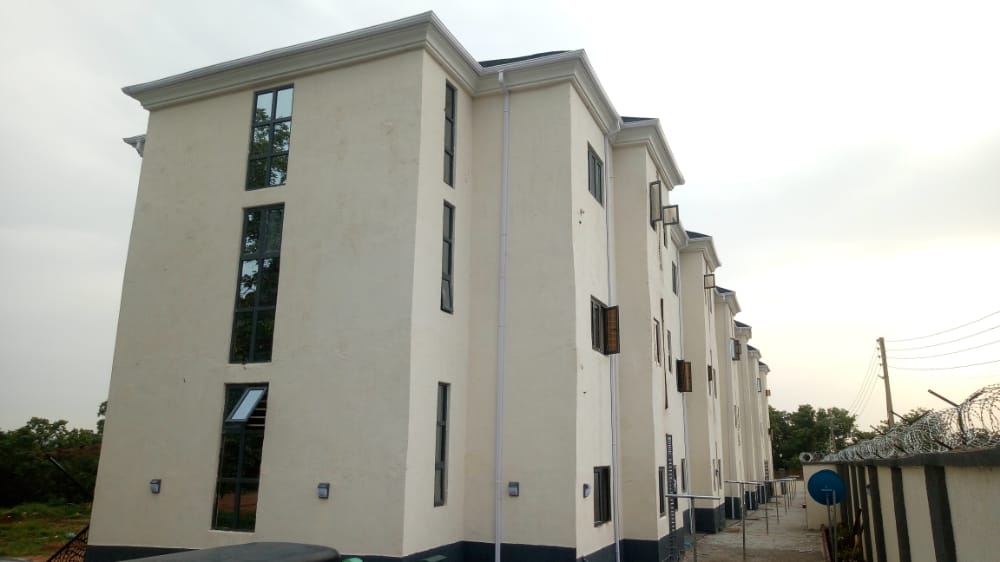 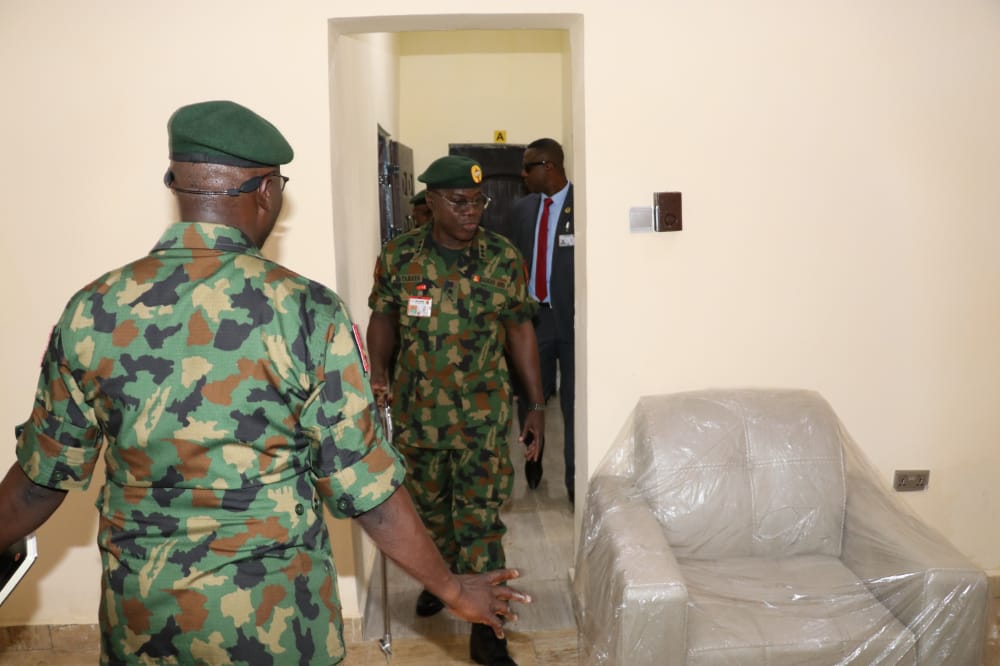