Skip to content
DELEGATION FROM NATIONAL DEFENCE UNIVERSITY ISLAMABAD PAKISTAN VISITS ARMY WAR COLLEGE NIGERIA
On 8 June, 2022, a delegation on Foreign Study Tour (FST) from the National Defence University (NDU), Islamabad, Pakistan, led by Air Cdre Faisal Fazal Khan visited  the Army War College Nigeria (AWCN). The team was received by the Comdt AWCN, Maj Gen Bamidele Alabi. In his remarks, the team leader said the team was made up of faculty and participants from Pakistani Armed Forces, Civil Service personnel and 2 allied participants from Sri Lanka and Iran. He stated further that the FST forms part of the culminating activities for the National Security and War Course (NSWC) 2021/22 which runs for 11 months. He added that the course enables participants develop comprehensive understanding of national security, elements of national power, warfare and operational strategies within the framework of contemporary security environment of Pakistan. Air Cdre Khan thanked the Comdt and officers of the premier Nigerian Army educational institution for the wonderful reception and a  very incisive brief and interaction during the visit. 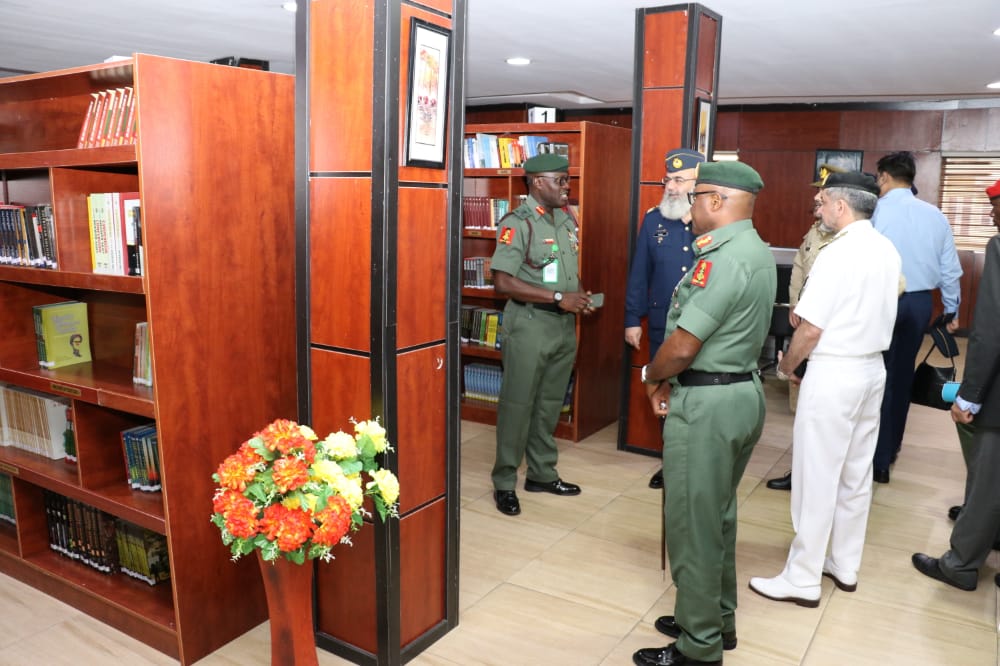 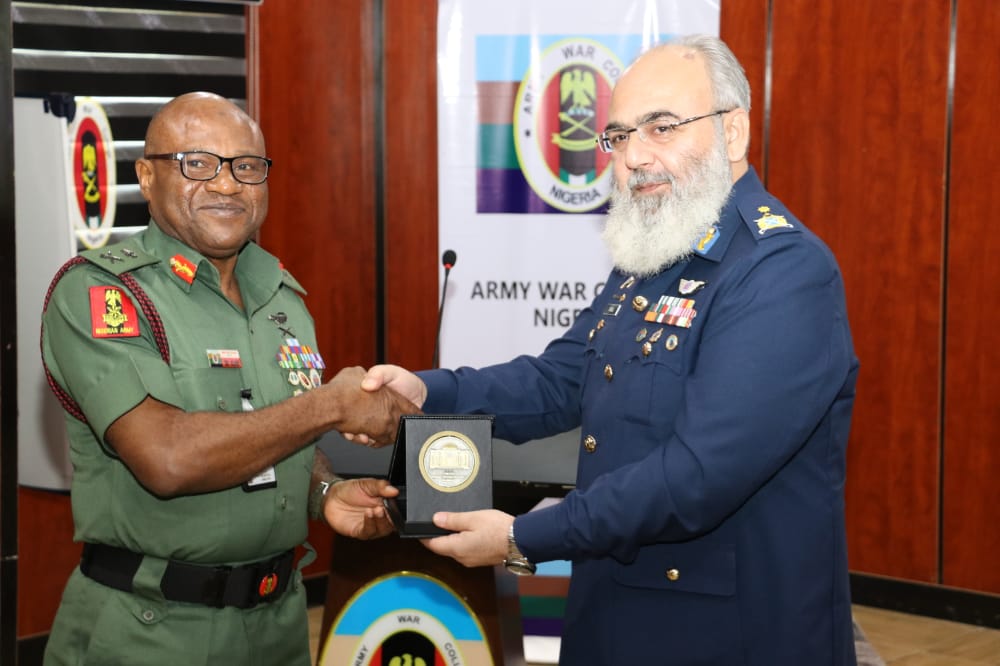 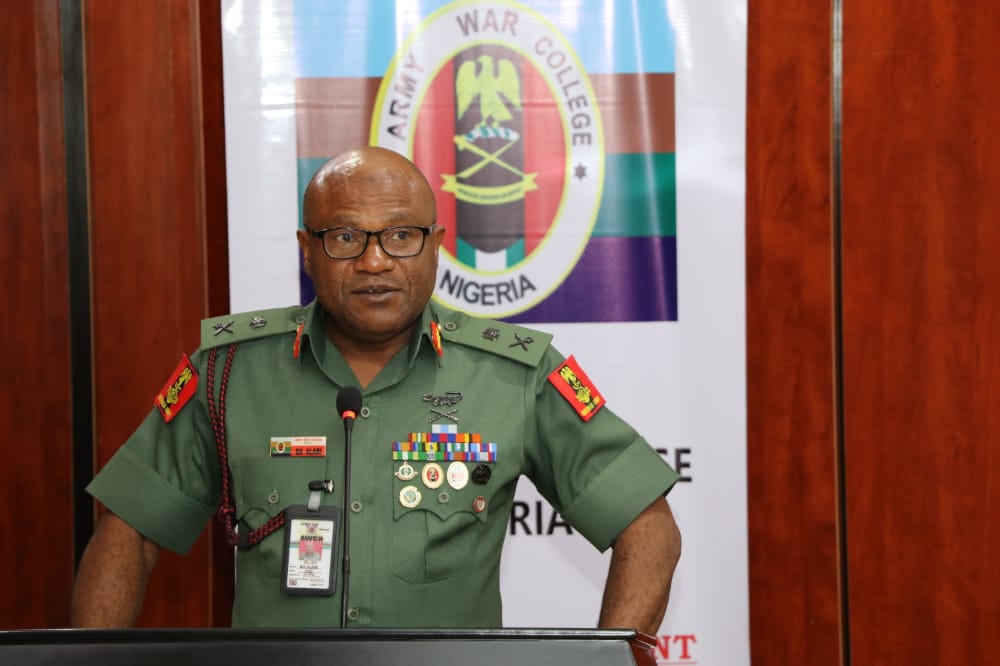 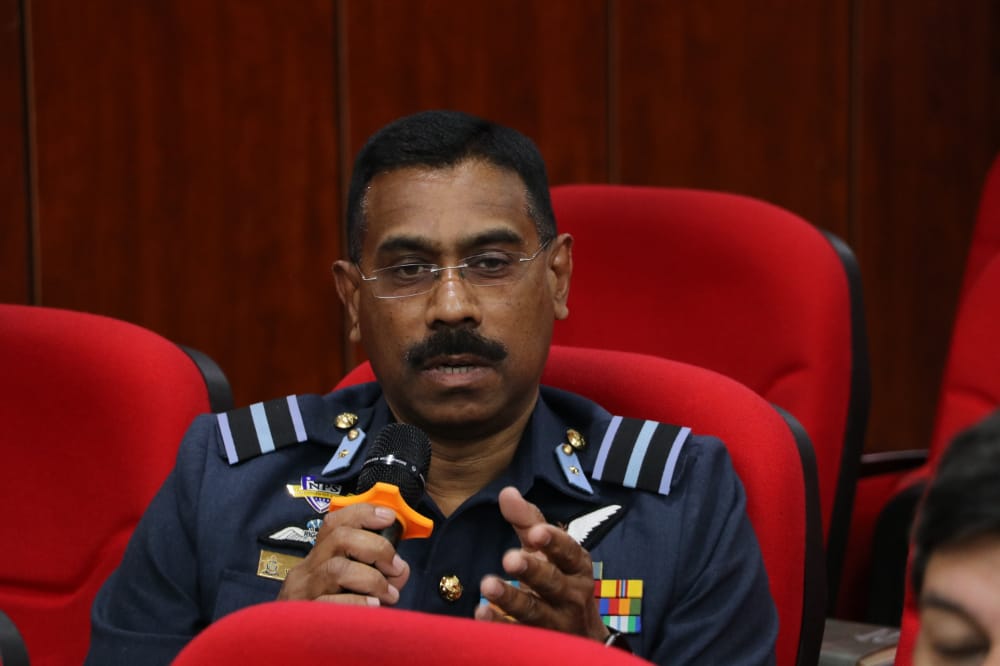 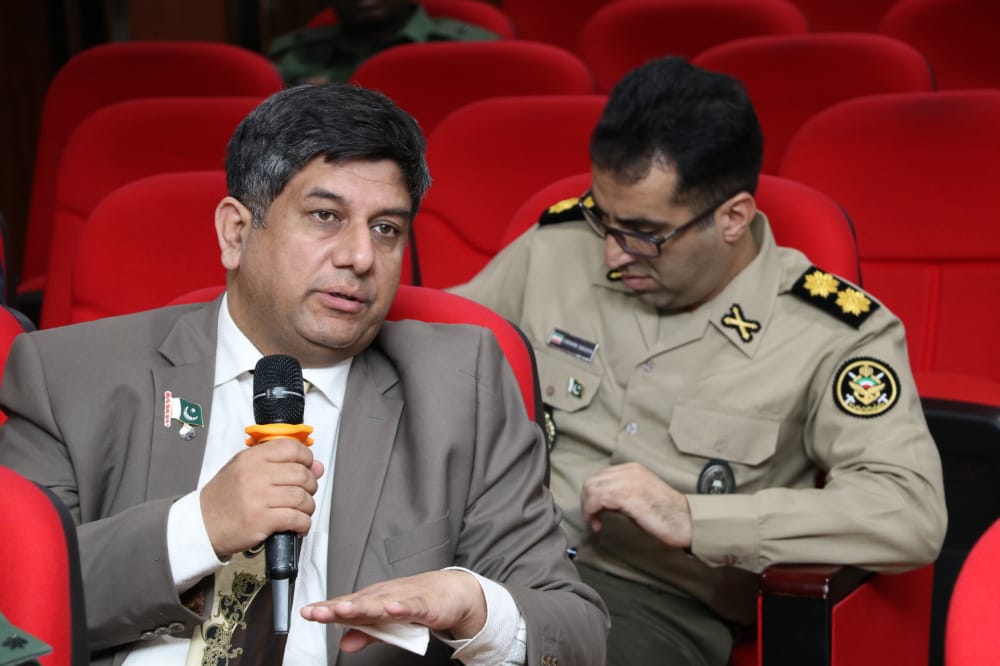 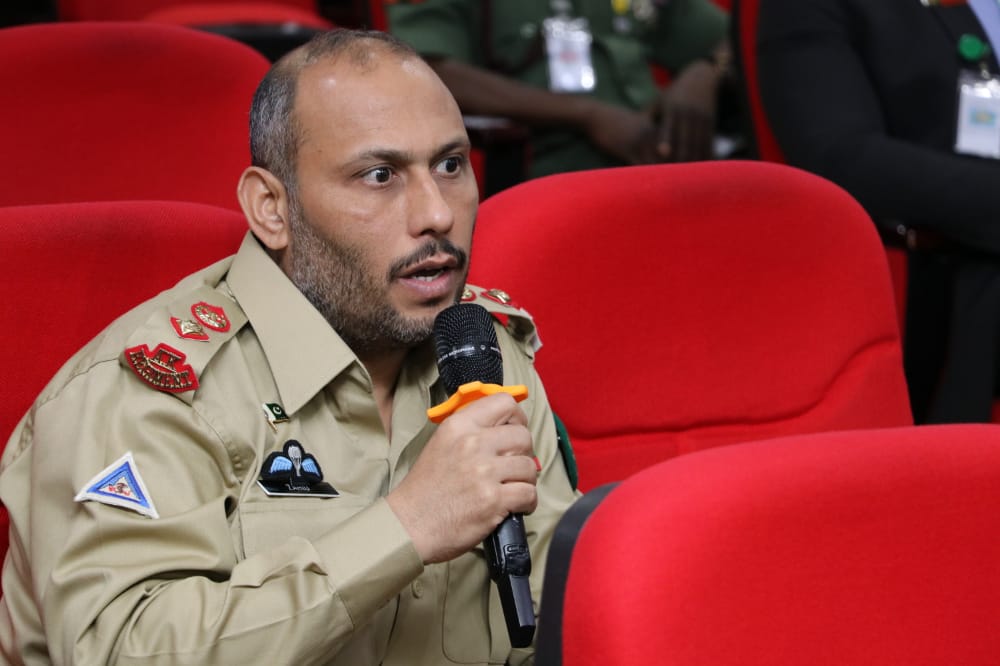 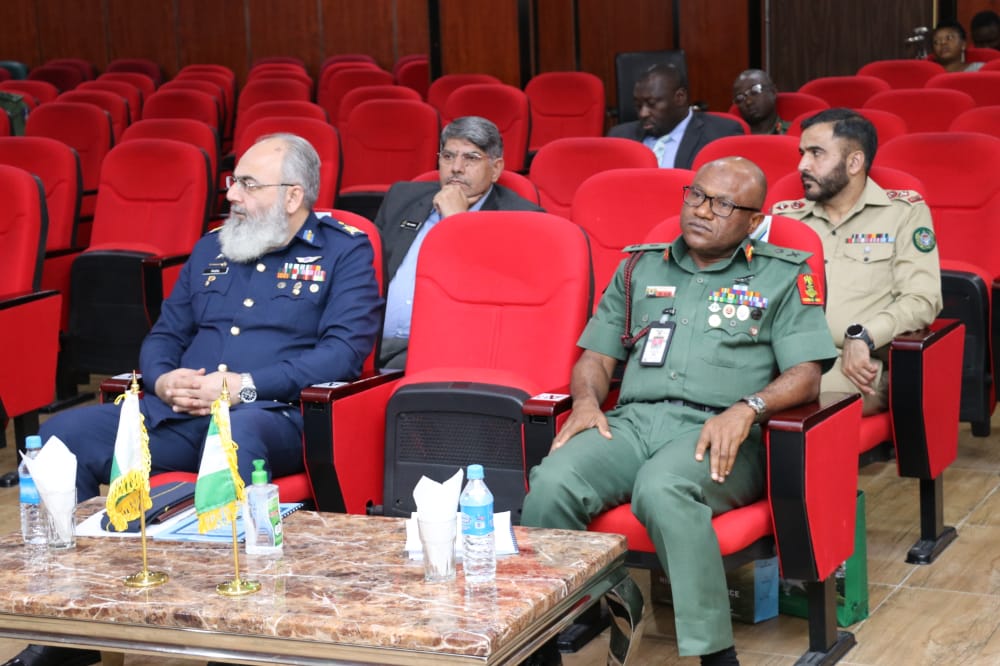 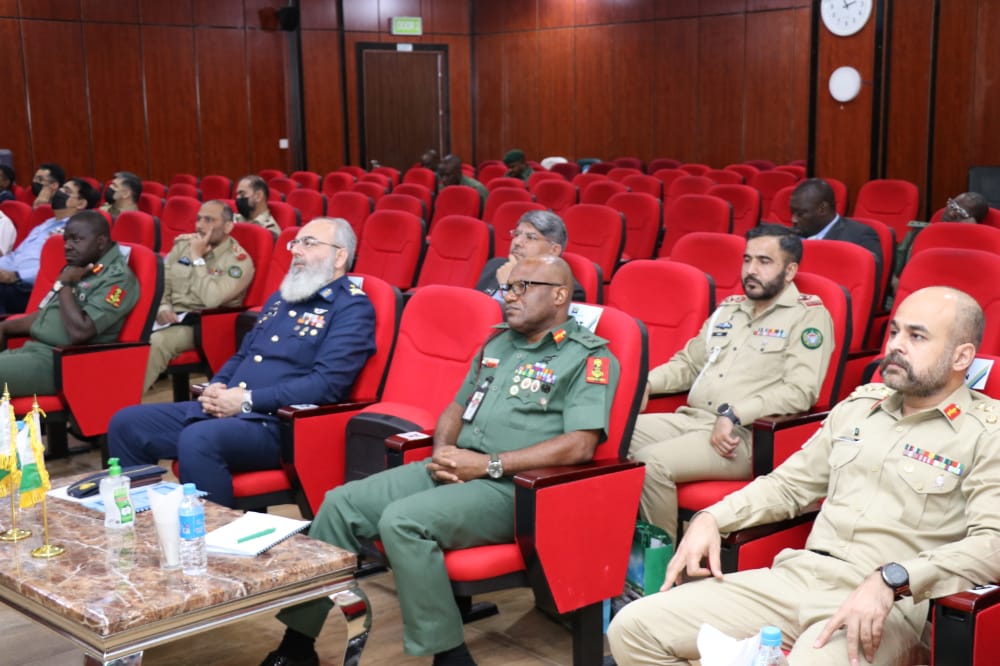 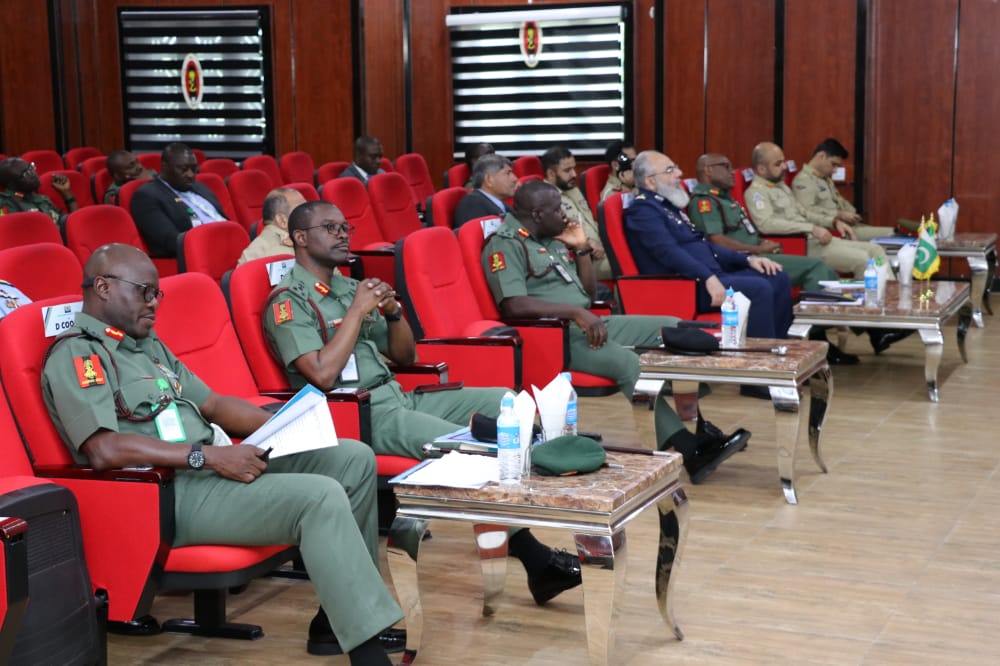 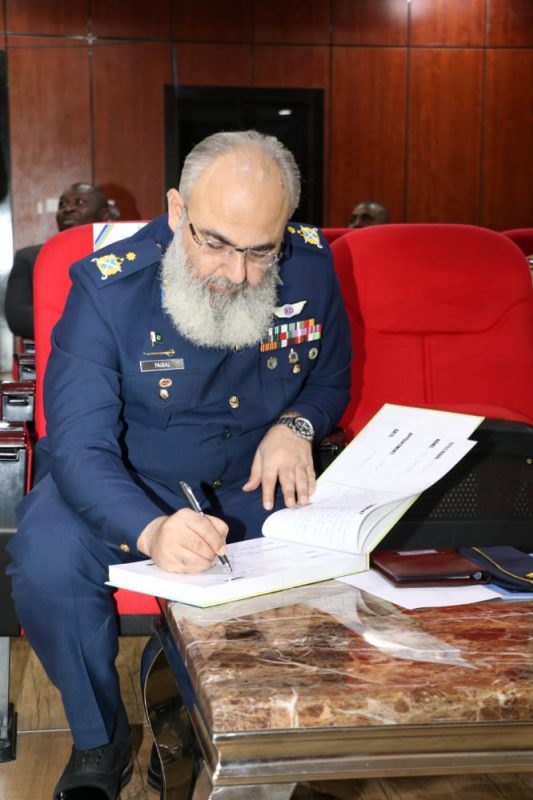 Responding, the Comdt AWCN Maj Gen Bamidele Alabi welcome the delegation once again and expressed gratitude to NDU, Islamabad for choosing Nigeria as a country and AWCN in particular as part of the FST.  The Comdt who went down memory lane, recalled the existing cordial military relationship  between Nigeria and Pakistan, which he said have seen both countries train and operate together especially under the auspices of the United Nations (UN). In the words of Comdt AWCN “Nigeria and Pakistan have operated together particularly in Peace Support Operations (PSO), I recalled during my tour of duty as Commanding Officer in UN PSO, we worked closely with Pakistani Contingent and the COS of a Nigerian led UN Brigade was from Pakistan Army”. The Comdt further said AWCN was born out of our operational experience, particularly the fight against terrorism and insurgency and the observed gap between operational and strategic levels training.
The highpoints of the visit included inspection of Quarter Guard, brief on the activities of AWCN, interractive session, signing of visitors’ book,  exchange of souvenirs and a guided tour of College facilities.